Sign in for a faster booking experience and the opportunity to benefit from our campaigns.

One of the most popular holiday destinations in Spain is Tenerife, the largest and one of the favourite of the Canary Islands. Tenerife is especially popular because of the beach of Playa de las Americas and the nature of the Teide National Park. The island, preferred by many holidaymakers, offers a perfect climate that allows holidays in Tenerife all year round.

The nature of Tenerife is one of the reasons for the popularity of this holiday destination. The green north with the famous city of Puerto de la Cruz and the island's capital Santa Cruz or the beautiful south with the lively region of Costa Adeje, Playa de las Americas and Los Cristianos attract a large number of sun lovers every year. For fans of the water sport Los Gigantes in the west is the place to be to catch the best wind.

What is Tenerife known for?

Mount Teide and Parque Rural de Anaga are natural beauties that are definitely worth discovering when visiting Tenerife. Water sports and beach lovers are sure to find their personal favourite spot on one of the numerous stretches of coast. 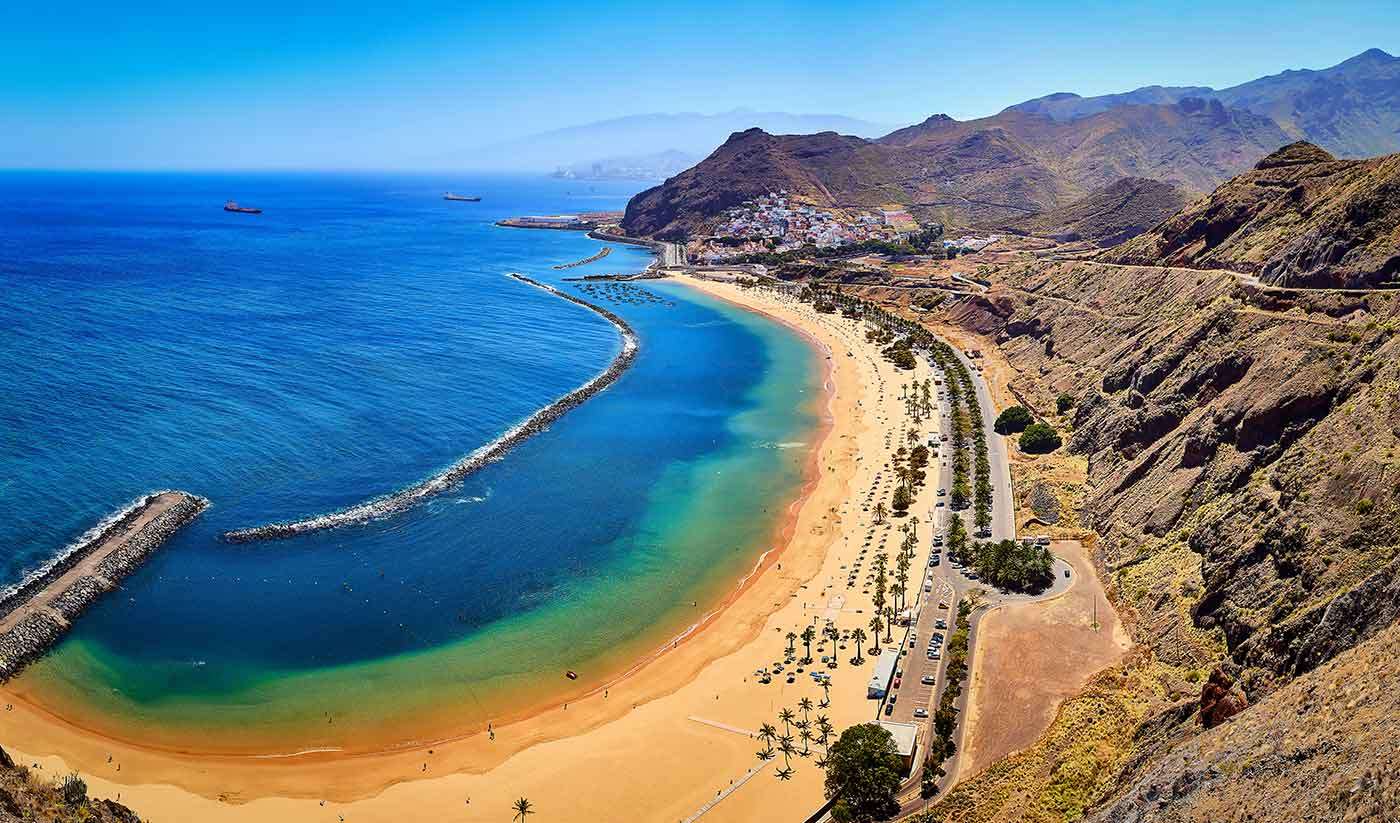 The famous palm beach Playa de las Teresitas is particularly popular. Above the beach there is a viewpoint that shows the full splendor of this stretch of coast. The perfect spot for a great holiday picture! 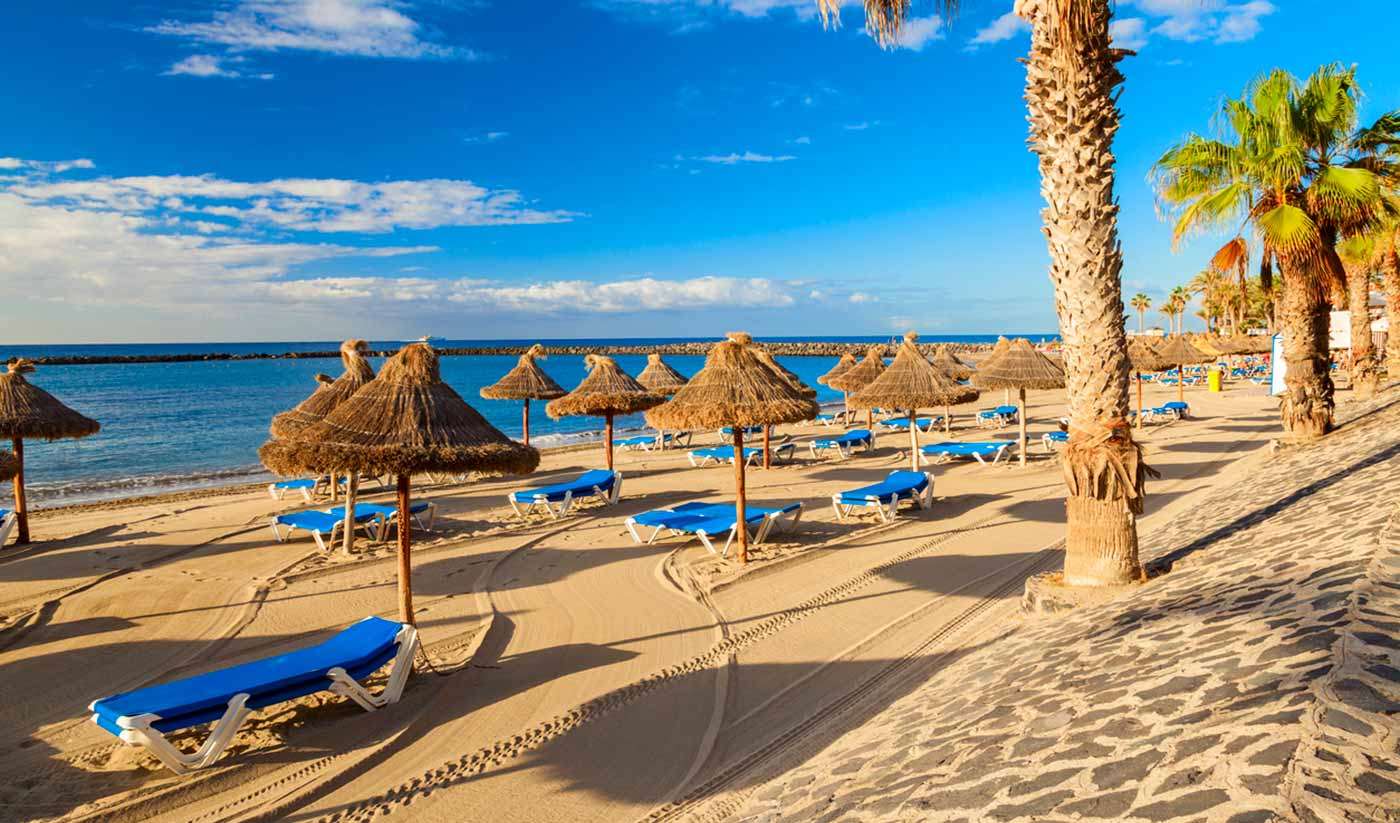 The south of Tenerife is very popular with tourists from all over Europe, especially in summer, thanks to the holiday regions Los Cristianos, Costa Adeje and Playa de las Américas. There are countless stretches of beach with golden or black sand. Many offer water sports. 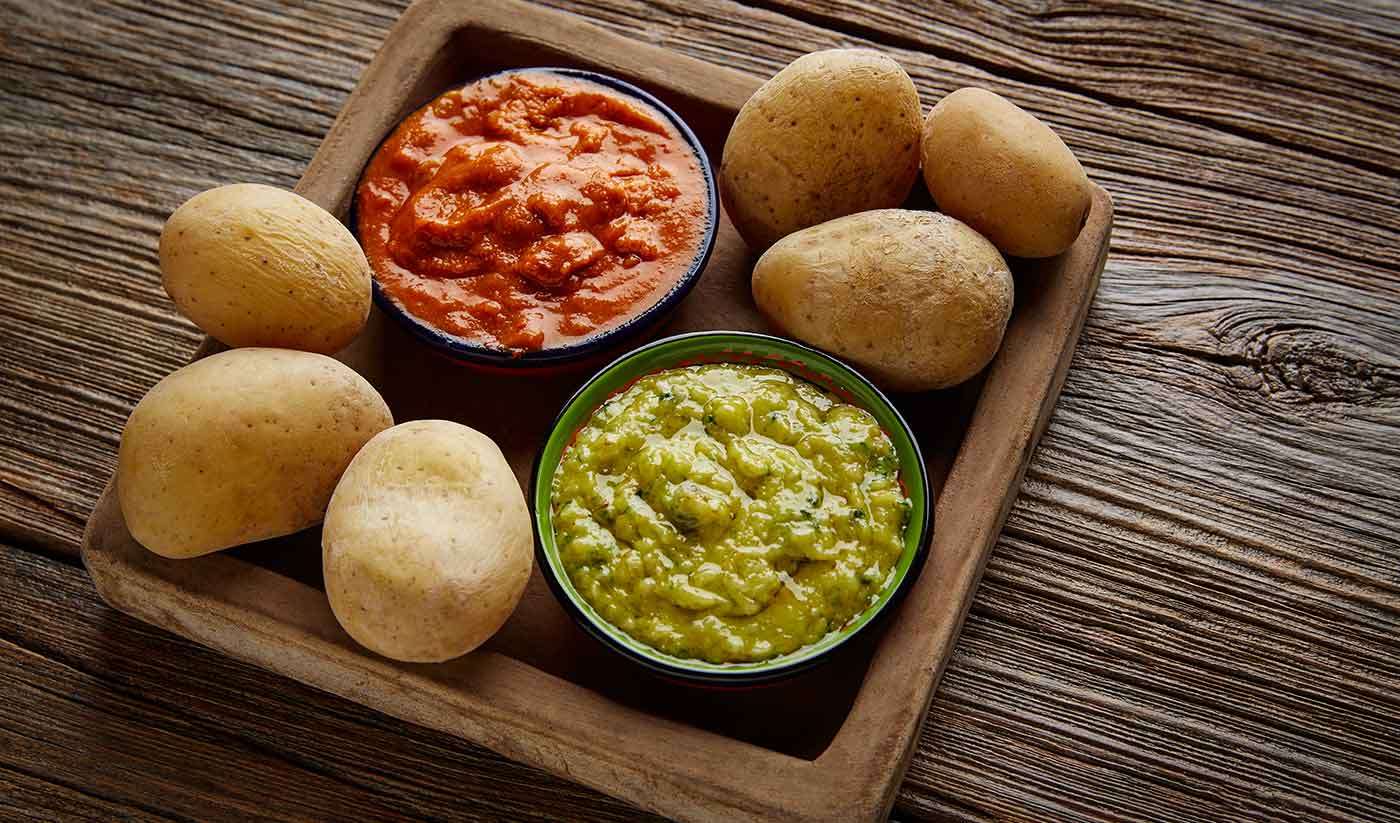 Papas arrugadas are salt water potatoes with mojo sauce and are one of the local specialties. The potatoes are prepared in a special way that creates a salt crust. They are served with the green or red mojo sauce, which is made from garlic, chilli, paprika and coriander. 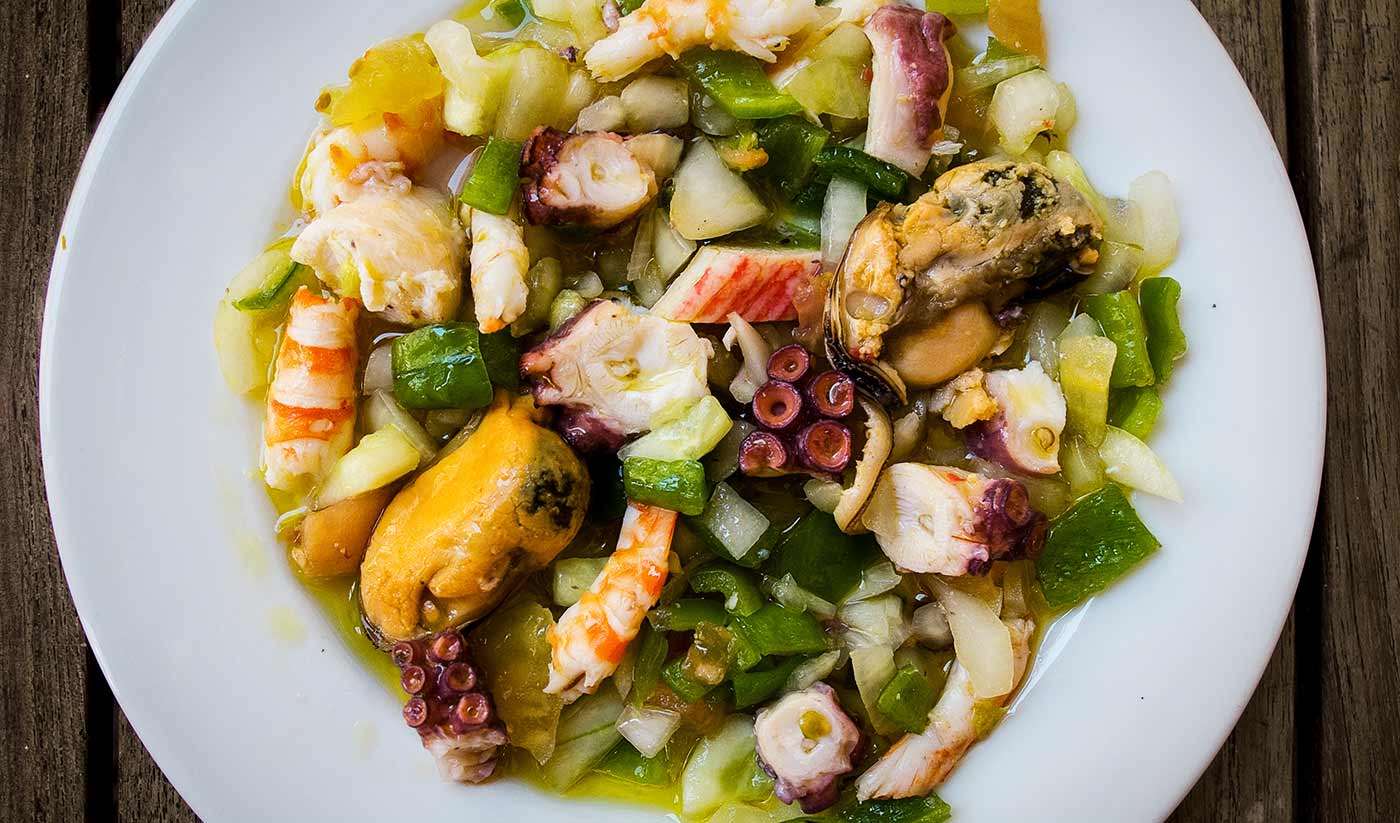 Salpicon is a salad made from squid and raw vegetables, which is particularly worth tasting in Tenerife. 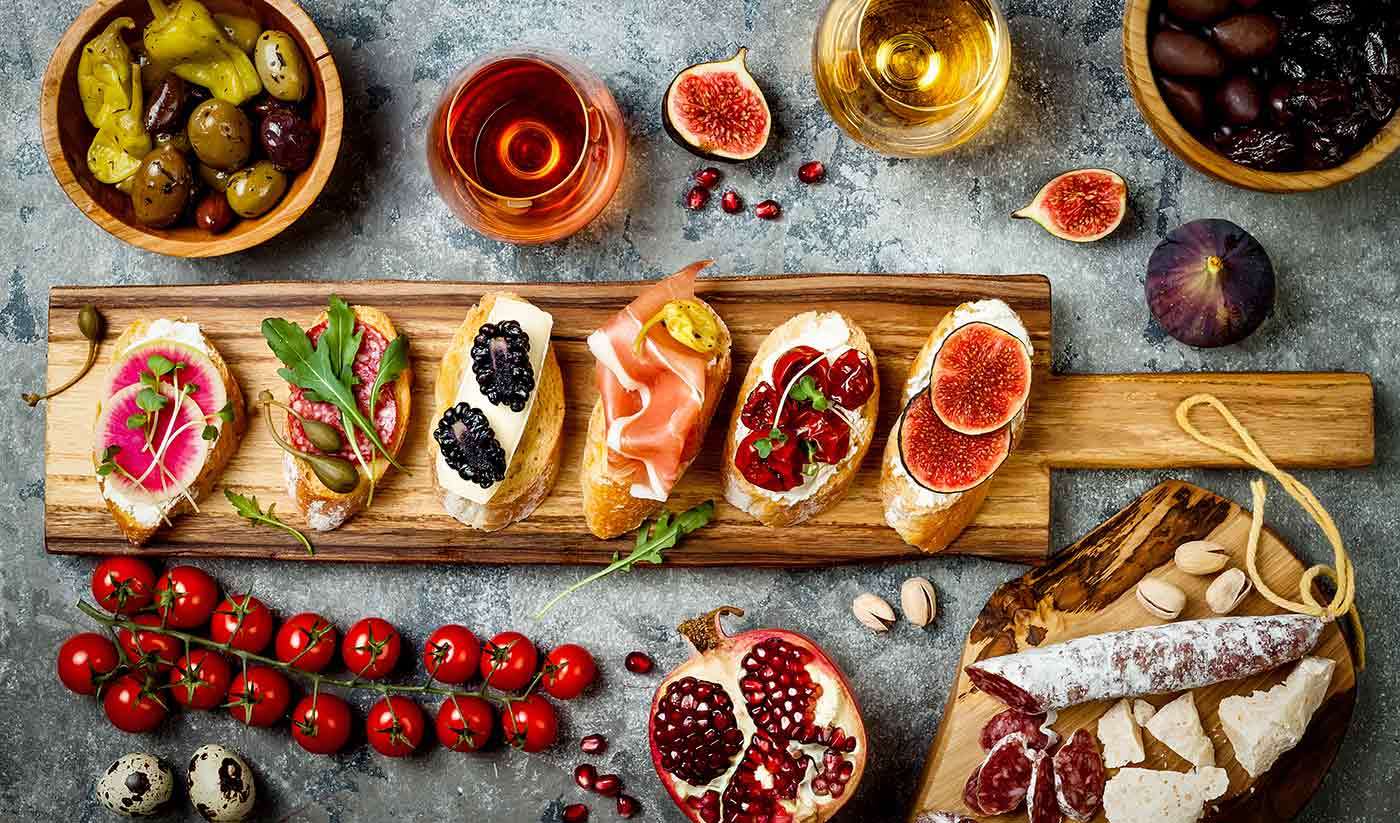 The food culture in Tenerife corresponds to the Spanish tapas culture. Tapas are small appetizers that are consumed as a starter or as a main course. There are all sorts of tapas, vegetarian, with fish or with meat. 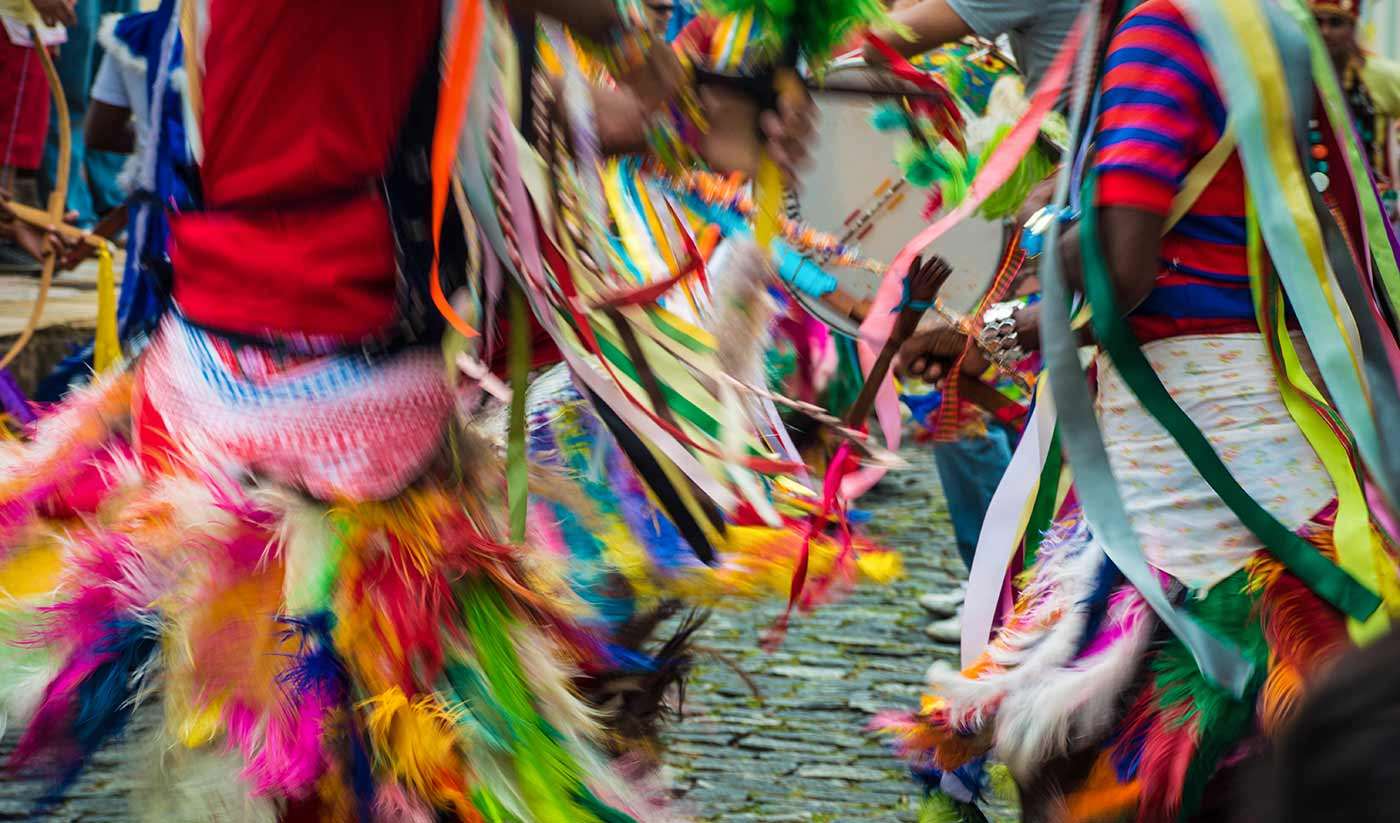 If Rio is too far for you, but you want to experience the hustle and bustle and funky parades live, you should plan your trip to Tenerife in spring. Every year months of preparations for the world's second largest carnival end with a two-week party, where people celebrate, dance and enjoy life almost around the clock. The elaborate costumes are made every year according to a special motto and are presented with great pride in the numerous shows and carnival parades. 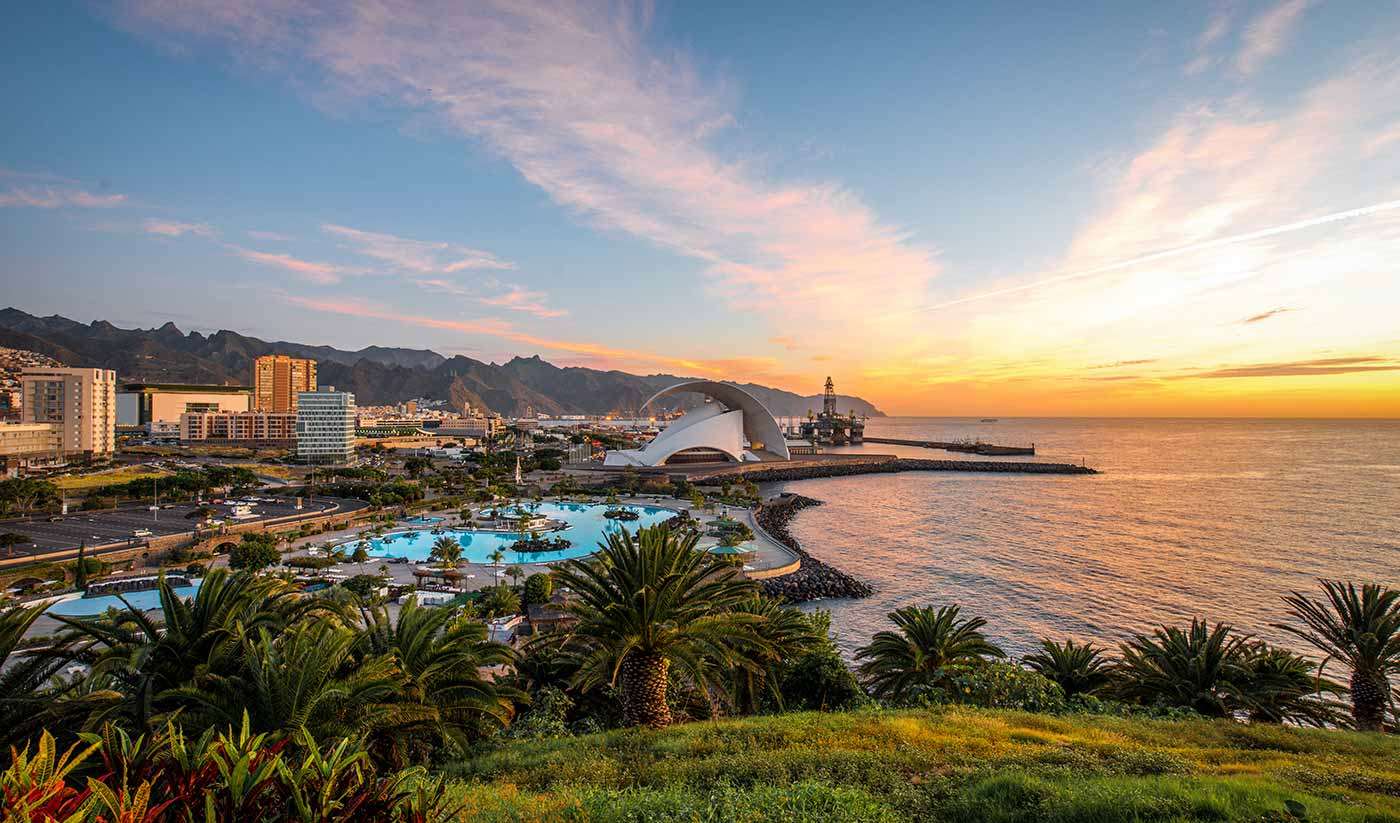 Those who like to visit museums or galleries should take a day for the island's capital, Santa Cruz. Various cultural institutions are located here, where art, theater and Museum lovers can spend a wonderful time. It is also worthwhile to visit the beautiful old town. Colorful houses and palm-lined streets give the city a special flair. Day or night, it is always pleasant to take a walk or stroll here. 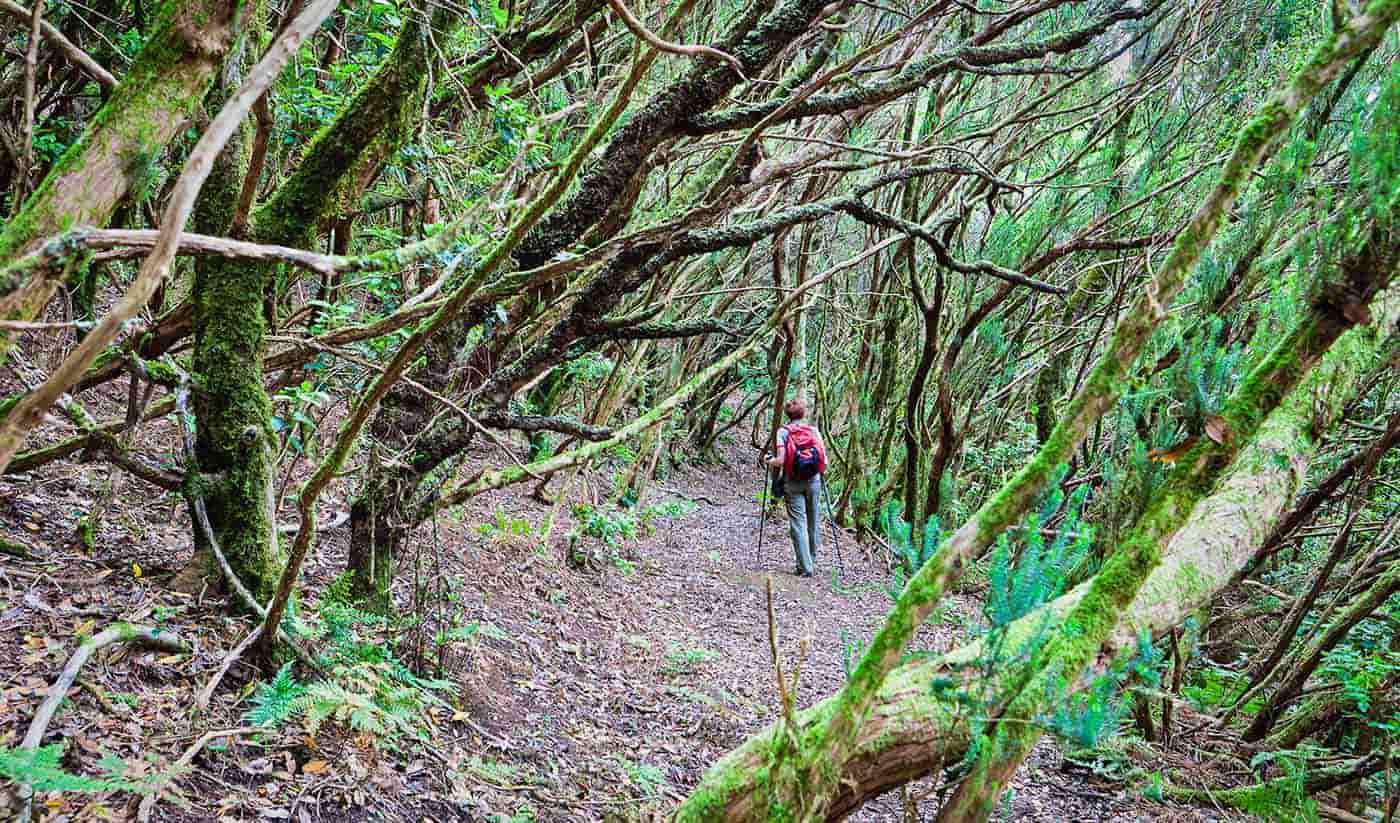 The Parque Rural de Anaga is a large park with beautiful hiking trails which is ideal to spend a great day in nature. 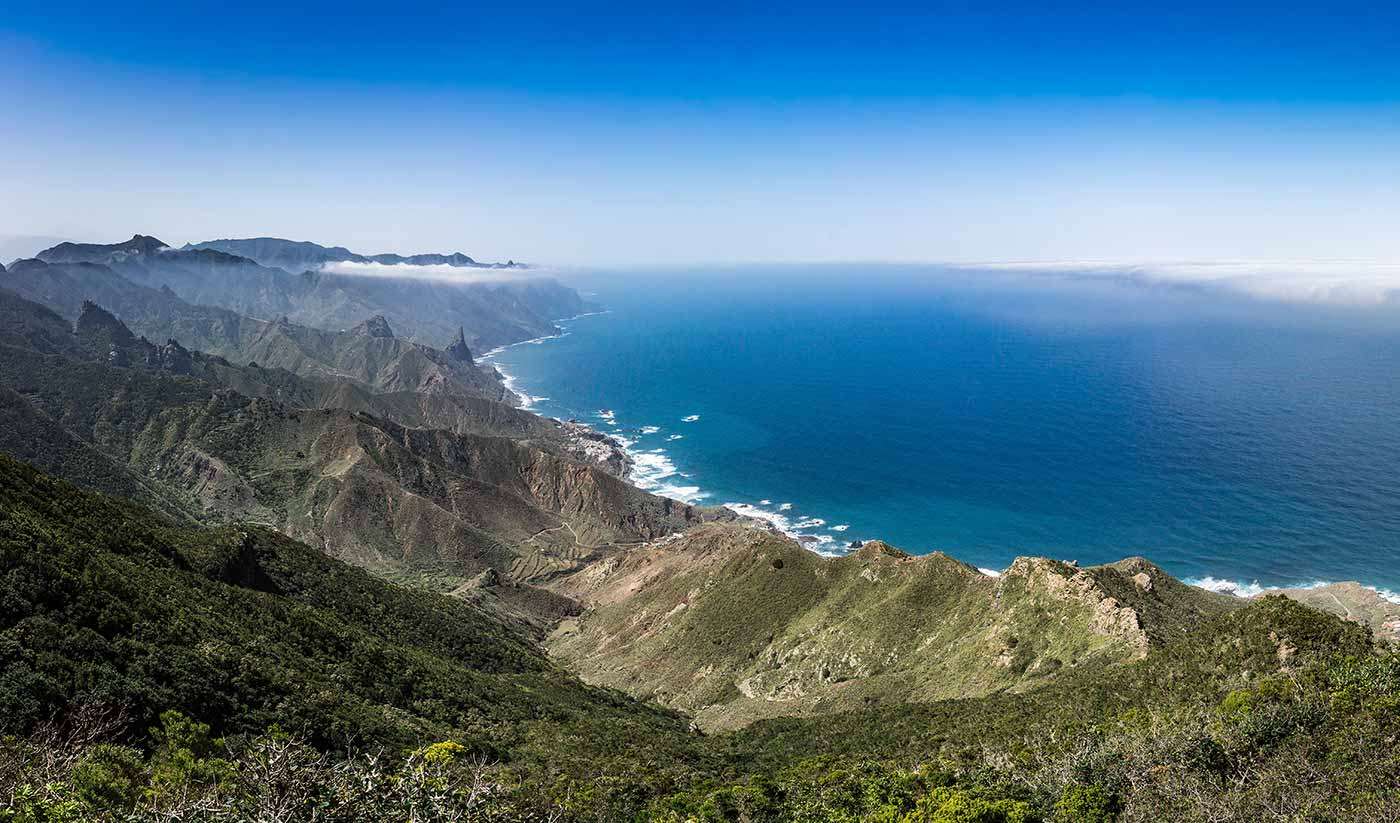 The Pico del Ingles has fantastic opportunities for walks, in clear weather you can enjoy wonderful panoramic island views. 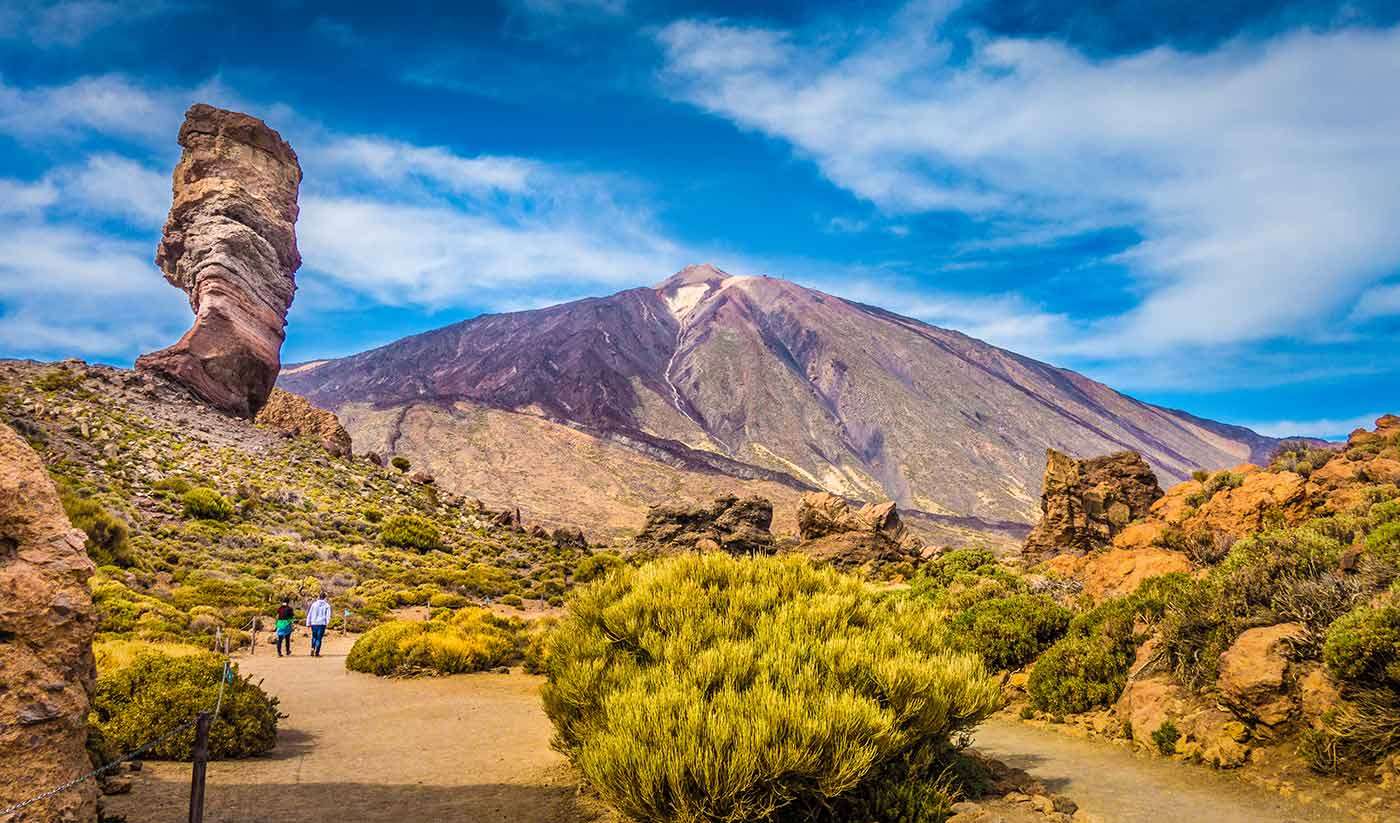 The mountain Pico del Teide is 3718 meters high, making the island volcano the highest mountain in Spain. A cable car takes you up to 3550 meters, from where you can enjoy a breathtaking view over Tenerife. The same named national park around Teide is the largest of the Canary Islands. In 2007 it was designated a UNESCO World Heritage Site and attracts countless visitors all year round who want to experience the volcanic mountain and the magnificent nature of the park for themselves. 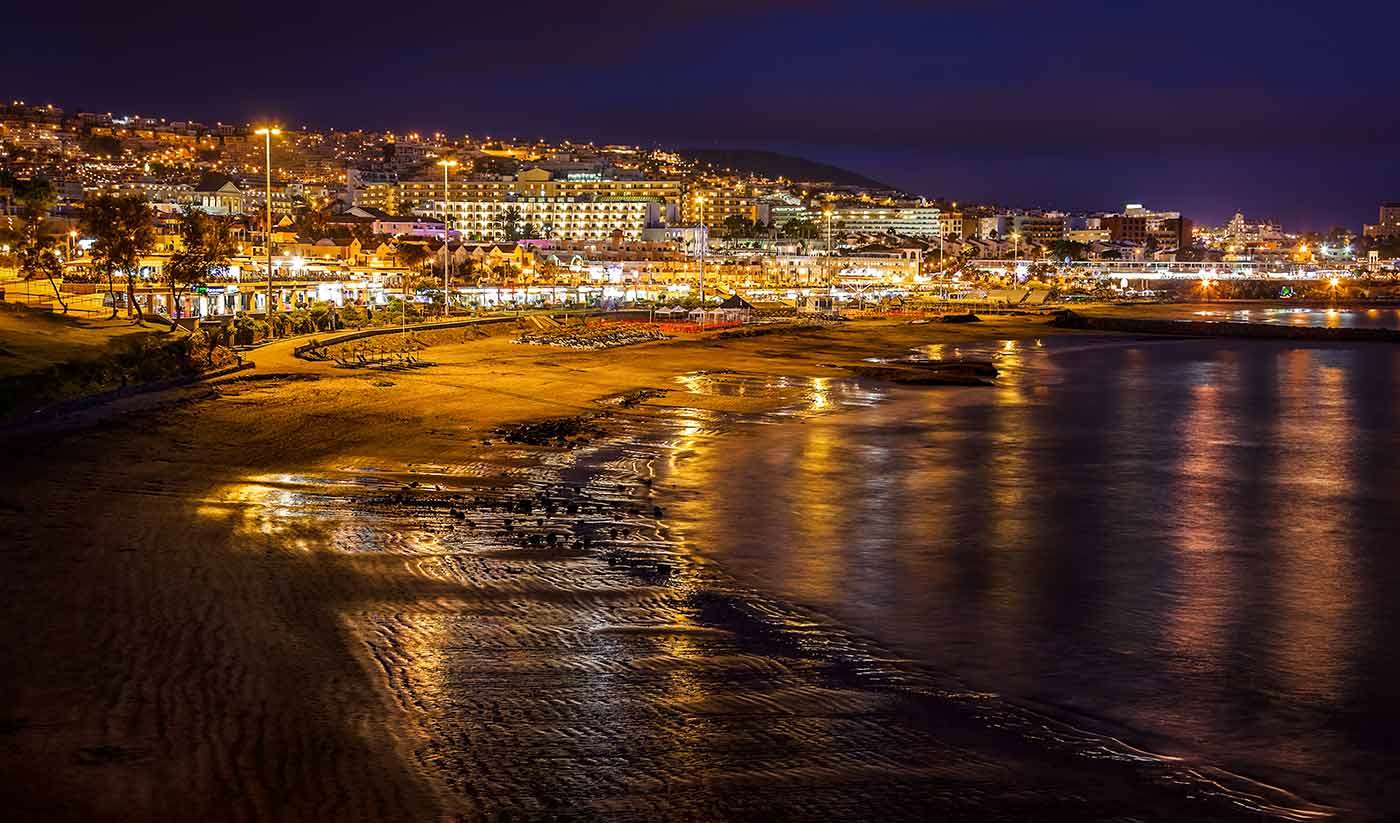 Choose your plane ticket to Tenerife

The demand for cheap flight tickets to Tenerife is particularly high in summer. Corendon Airlines offers flights to Tenerife at affordable prices. You can find the best travel dates for a cheap flight ticket to Tenerife on our website. Corendon Airlines offers last-minute tickets as well as early booking at very affordable prices, at which you can equally enjoy the highest quality of service when flying to the Canary Islands.

Tenerife hotel and flight deals are available at attractive prices to help you discover the most popular holiday destinations in the Canary Islands. We recommend an early booking of flight and accommodation when travelling during the school holidays in order to get the best price. Tenerife offers accommodation for every budget and taste. If you are looking for hotel and flight deals in Tenerife, you will find the best prices and the highest quality of service at Corendon Airlines. Corendon Airlines offers direct flights to Tenerife throughout the summer from different German cities.

Tenerife has two airports, Tenerife South and Tenerife North. Tenerife South Airport (Reina Sofia) is one of the economically most important spots on the island. Thanks to him, Tenerife has developed into one of the most popular holiday destinations in the world in a short time since 1960. It is a hub where more than 10 million holidaymakers travel and transit annually. Coordinated with the departure and arrival times, there are airport transfers to all regions that are operated by the TITSA buses. In addition to these buses, there are taxis and rental cars that you can use to get to your holiday resort. Of the two available airports on Tenerife, TFS Airport is 60 kilometers from Santa Cruz and serves most of the tourists. A taxi ride between Santa Cruz and Tenerife TFS Airport takes around 40 minutes.

How can I find the cheapest flight to Tenerife

You can find the best flight offers from Corendon Airlines to Tenerife on our website. May, October and November are the perfect time to go to get the cheapest flight deals to Tenerife. Booking early also gives you price advantages.

When is the best time to go to Tenerife?

Tenerife is a popular summer destination, but also in great demand in winter due to its pleasant climate. The best time to have a relaxing beach holiday in Tenerife is the summer period. Winter and spring are great for hiking or other sport activities.

How to get to the city centre of the capital Santa Cruz?

The distance between Tenerife South Airport and Santa Cruz city centre is 60 kilometers. There are several options such as bus, rental car and taxi to get to the city centre from the airport. The journey by car takes approx. 40 minutes.

How is the weather in Tenerife in winter?

The weather in Tenerife in winter is pleasantly spring-like. During the day it gets up to 20 degrees. Sometimes there is rain, although the south of the island is drier and less windy than the north.

Choose a destination to learn what makes it so special.